A few words about our projects in the past

The Big Brother, Big Sister project was developed by CIM in collaboration with a foster care home for young people from the village of Vrpolje, located 15 km from Sanski Most. Youth in foster care are marginalised in society, experience problems in integrating in schools and the local community, and are often discriminated. Because of the social and economic challenges they encounter, they also often  experience psychological problems.

CIM developed the project, which was organised with the help of staff at the foster care home, and our local volunteers. Over the course of the project we involved youth from Sanski Most and youth in foster care in educational, self-care, and empowerment workshops as well as organising fun activities for them. Some of the activities included local trips, days out, winter games, and craft workshops. As part of the project, youth from from Sanski Most acted as mentors and helped boost the motivation levels of other youth. They met for up to 20 hours each month to have coffee, go out, and prepare homework together.

During a storytelling collection project in CIM, some of our former volunteers were interviewed. Two of them told as stories about this one particular project they experienced in our organisation:

“In 2011-2012 I participated in a programme organised by CIM. It was called Big Brother, Big Sister. The project involved youth from Sanski Most, and youth who would normally be in foster care and who have a centre in a village outside of town. I had a ‘little’ brother and we met up often and talked about a lot of things. He was close to my age so we were too cool to play games, and we just went out for coffee together. I think it was one of the biggest projects I’ve done in CIM, and one that I really enjoyed.”

“Three years ago I was involved in a project in CIM called Big Brother, Big Sister. I visited the foster care centre in Vrpolje a few times and I also hang out with the children involved in the project in Sanski Most. I tried as much as possible to help them with homework and preparing for school. With the older children we went out for coffee or lunch. We wanted to socialise and include young people from the local community who are disadvantaged and normally not very well included in society.”

We facilitate “kahva, kava, kafa za mir” (coffee for peace) meetings once a month. Coffee is an important part of our local culture, while the name of the gatherings – using three different words for coffee used in the Bosnian, Croatian, and Serbian dialects of the local language – highlights our diversity. Local citizens are invited to come to CIM and talk about topics that draw their interest. Our staff, trained in strategies of peacebuilding, facilitate delicate conversations about the dynamics reconciliation and conflict resolution in a post-war society. The meetings also allow us to raise awareness about our local programs. During meetings we will also provide space for arts and crafts for those less inclined to express themselves verbally.

Dialogue is What We Want

In 2002-2003, we ran a nine-month dialogue project to promote intra-Bosniak reconciliation with a group of people from Cazin and Velika Kladusa. We were amazed by their acceptance of the project and their willingness to heal themselves and to break the cycle of revenge and hatred in their community. We completed the first phase of the project with 25 participants. We met twice a month for nine months and had a final one-week seminar where the participants learned about conflict theories. Every time we met, we went through very challenging dialogue sessions.

In 2003-2004, we continued with the second phase of this project. 15 of the 25 original participants remained in the group. (Five participants moved to Sarajevo for school.) From September 2003 to June 2004, the 15 participants met once a month for four days. Two days ere spent on training and for the other two days TOTs implemented workshops under the supervision of Vahidin Omanović. Each project participant implemented two workshops with 20 other individuals, mainly primary school children. In the middle of the activity, we had a five-day seminar which helped participants to deepen their relationships with each other and become more open about their traumatic war experiences.

During the last phase in 2004-2005, TOTs completed their education and new 12 trainers were ready to continue to teach and train others from their community in non-violent communication, a very important skill in the reconciliation process. Their practicum for the last phase was to have twice a month 2 hour workshop with primary school children for 8 months. In these workshops, new trainers worked with about 15 children each. This meant that by the end of this activity, 180 primary school children received education in non-violent communication. Omanović supervised each of them during their workshops at least once for these 8 months.

In 2013 and 2014 CIM hosted two Global Kids Delegations in Sanski Most.

GlobalKids is a non-profit organisation from the US, which aims to develop leadership, educational, media, and civil skills with youth from schools in underserved areas in order for them to become activists in their community, to participate in the national democratic process, and become global citizens.

GlobalKids run several summer leadership programmes. CIM was selected as a partner organisation for their programme in Bosnia. Youth from New York participated with local high school students from Sanski Most in workshops about human rights, social justice, journalism, intercultural communication and post conflict peacebuilding. They worked in groups, and designed awareness raising presentations on various topics which they presented to staff at the American Embassy in Sarajevo.

We were extremely happy to host the two GK delegations in Sanski Most. For further information on the impact we helped achieve, watch this short video on youtube. 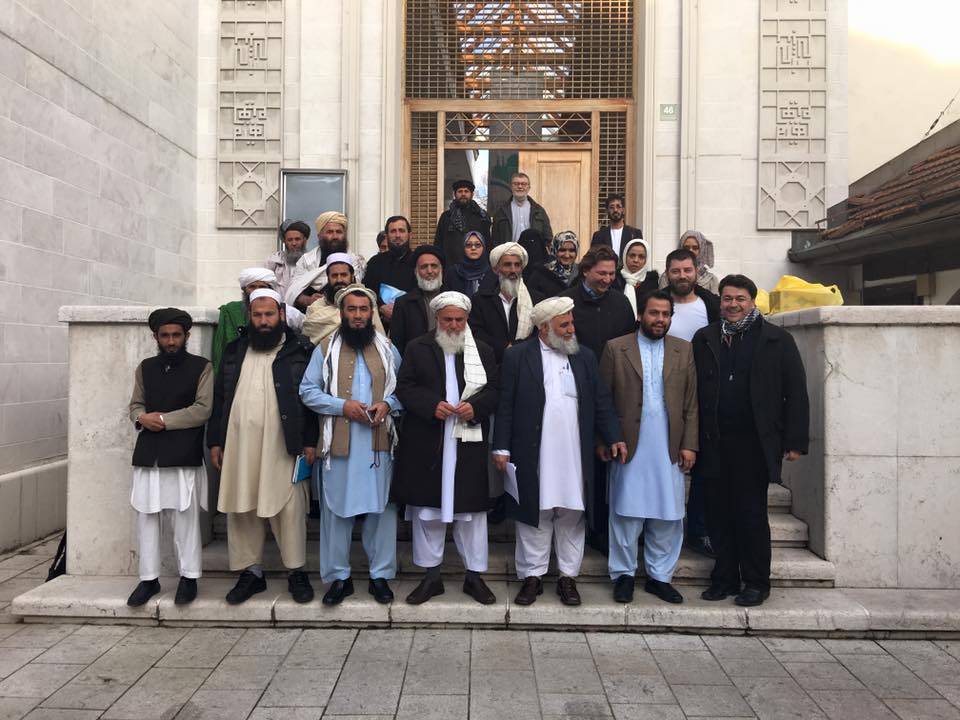 We have been very successful in the past working with international delegations who come to learn about the roots of conflict in the Balkans, the break up of Yugoslavia in the 1990s and the current challenges in promoting justice, human rights and post conflict reconstruction and reconciliation.

In Sanski Most, a large portion of the local population experienced trauma during the Bosnian War from 1992-1995. This trauma has a profound effect on victims lives both psychologically and physically. In this context, CIM therapists use Cranio Sacral Therapy to help patients relieve traumatic stress and its psychological and physical side effects. 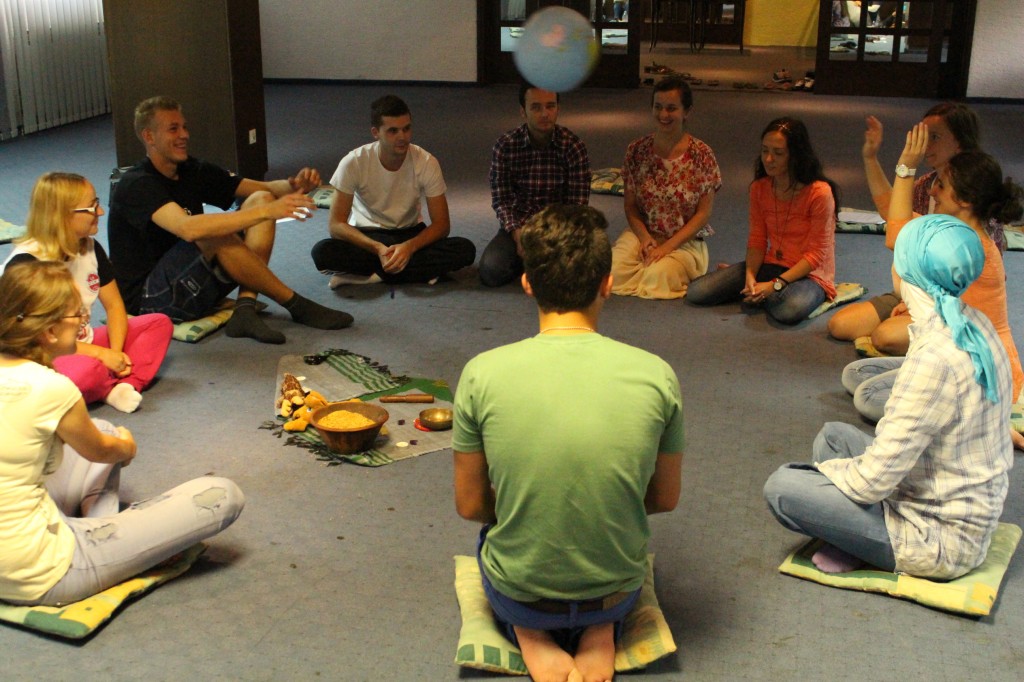 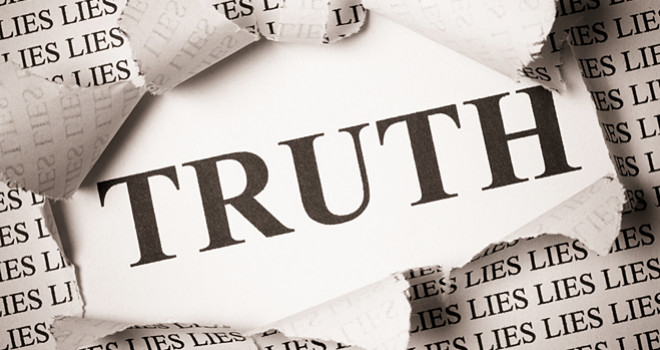 The Truth Healing and Reconciliation in Community project aims to bring together community members who are ready to reflect on and process their past. Through sharing wartime traumas with the community, this project will establish a record of individual/personal truths from that period, prevent the creation of nationalist myths from the last war, promote personal and interpersonal healing, and help Bosnians and Herzegovinians to begin the process of internal and external reconciliation.

The inter-religious and multi-ethnic choir “Harmony” was established in February 2012. It operates within the Center for Peacebuilding in Sanski Most. At the beginning there were 15 members, many of whom are still members of the choir. This mixed choir currently has around 30 to 40 members of different ages, and it is not uncommon for both parents and their children to be members.

The post-war environment made it difficult for musicians to perform the music that they wanted, and creating a new the music of all regions, nations and religions was the motive for starting this choir. At first they performed simple compositions with instrumental accompaniment because members did not have prior choral experience, but today they can perform four-part, acapella compositions. 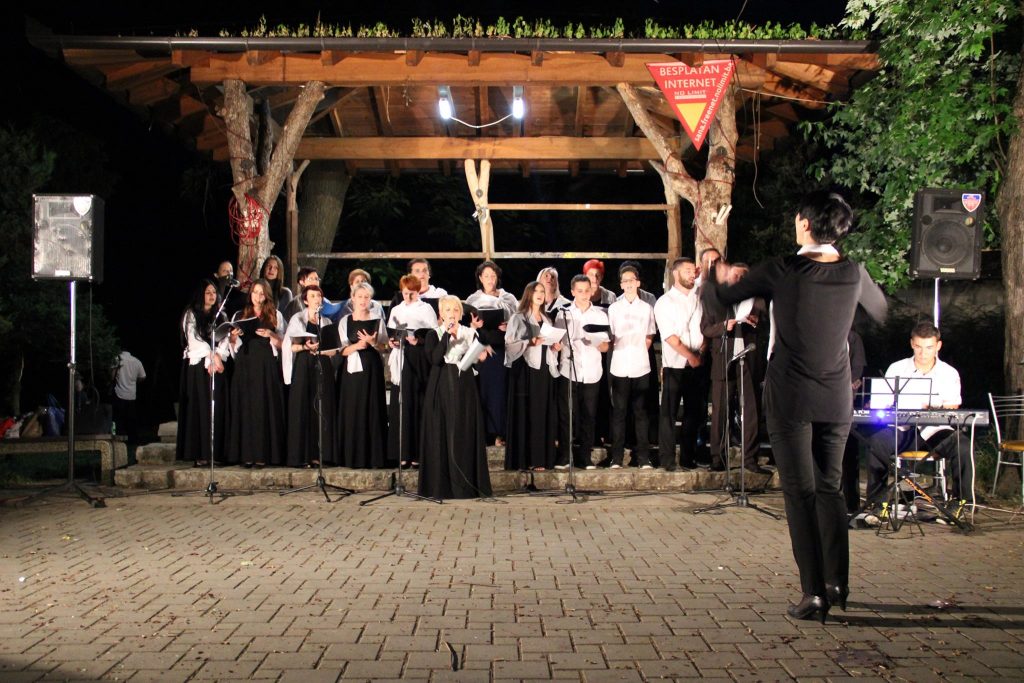 Building local capacities for peace in the Krajina region 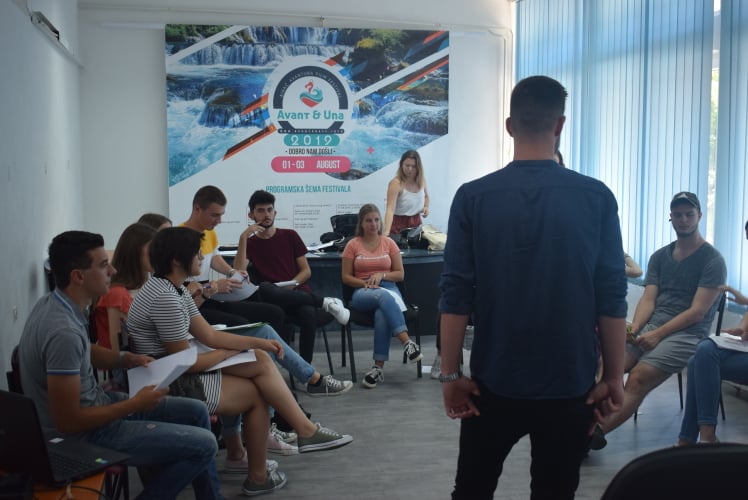 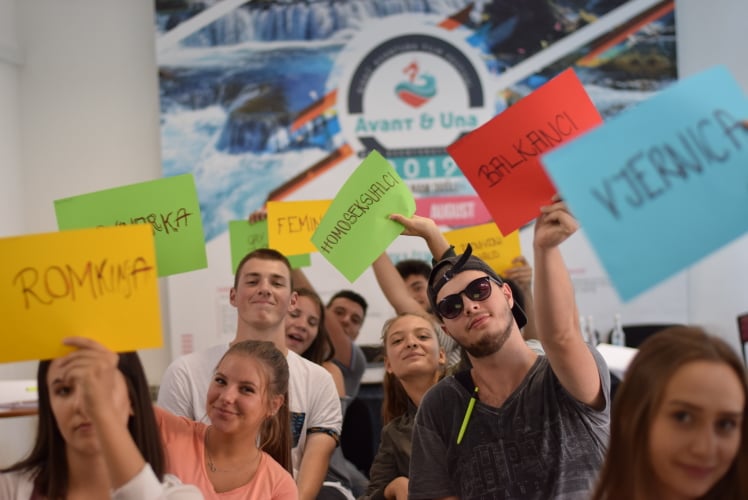 In 2019 Center for Peacebuilding implemented a project called ‘’Building local capacities for peace in Krajina’’. This project was implemented within the BHRI project. In June of 2019, Center for Peacebuilding organized three Peace Training events which included people from five different cities of the Una-Sana canton: Bihać, Cazin, Velika Kladusa, Bosanska Krupa and Bužim, which yielded great results as the participants expressed their willingness to make progress and significant changes within Bosnian society.