A few things about the Center for Peacebuilding

The Center for Peacebuilding (CIM) seeks to rebuild trust and foster reconciliation among the people of Bosnia — Bosniaks, Croats, Serbs, and others—as well as support peace processes in other countries that have suffered from violent conflict. 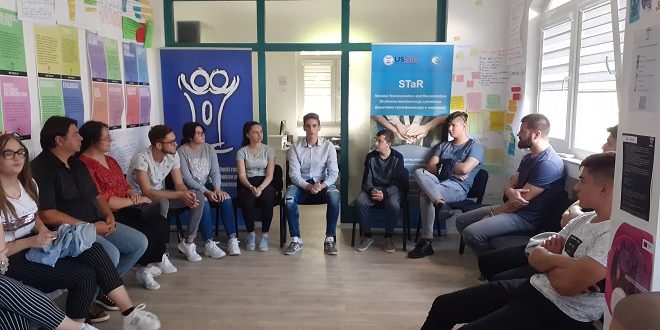 Founded in 2004 by peacebuilders Vahidin Omanovic and Mevludin Rahmanovic, CIM is located in Sanski Most – the former front lines of the conflict in Northwest Bosnia. Even twenty years after the start of the war in Bosnia, deep physical and psychological divisions remain throughout society. Many Bosnian schools are ethnically segregated, and parents and family units who suffer from war-time trauma pass down negative stereotypes and perceived threats to the younger generation.

Therefore, all of CIM’s activities are built on the core concepts of mutual listening, understanding, and compassion through (re)building relationships. CIM’s activities have brought together men, women, and youth, from rape victims, camp survivors, and war veterans to diverse religious leaders in dialogue, counseling sessions, and conflict resolution skill building seminars. For more information on the community and how it’s been affected by the war follow this link below. 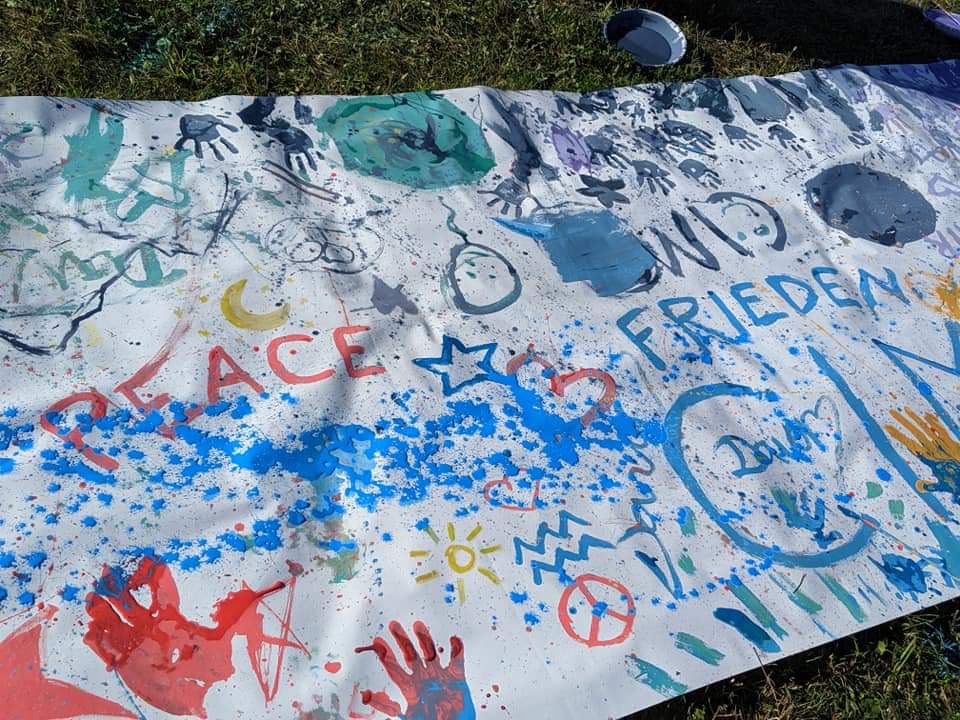 CIM plays a critical role by providing a safe space for constructive interethnic and religious dialogue. Our activities promote human rights and intercultural cooperation. We also train individuals in practical conflict resolution techniques, equipping them with skills to respond to conflict, including potentially violent situations, through creative and nonviolent means. To find out more about our activities please visit our projects page at the link below.

These guys started this game 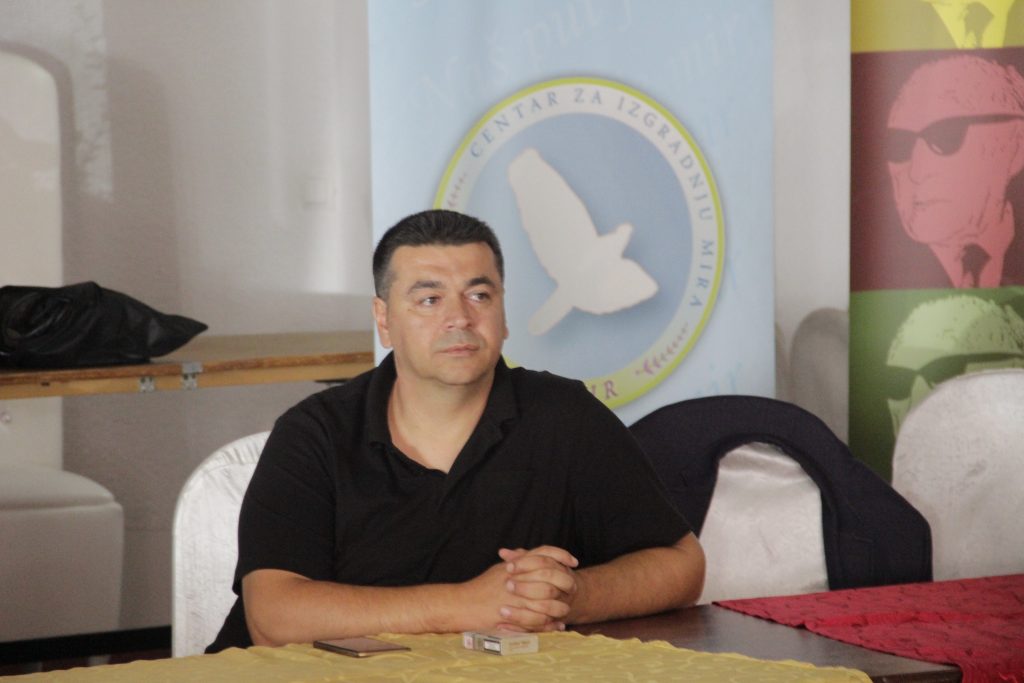 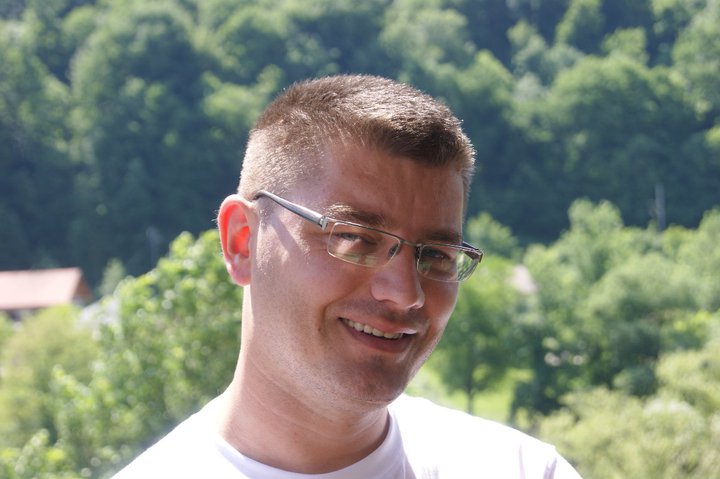 I am text block. Click edit button to change.

This is Anela Talić. She was born and raised in Sanski Most. Anela is 19 years old and she’s been a volunteer in Center for Peacebuilding since she was 14 years old.  She is a very ambitious and communicative person who likes to travel and meet new people and cultures.

Anela is a person who is open to new challenges and learning something new. She finished High school in May 2018, and since November Anela is a member of CIM’s staff as the project assistant.  Since young age Anela dedicated her life to peacebuilding, helping others and protecting human rights. She built herself as a persistent and working person, as working on many peace projects and activities. Her main goal is to build peace and a safe environment for all people especially for youth and to protect human rights. At the end of this year Anela finished the Academy for youth workers and also became an Ambassador of Dialogue.

From November 2018. with us is and Edina Rahmanović. She is 33 years old. She was born in Sarajevo, the capital city of Bosnia. She finished primary and high school there. In last seven years she lives in Sanski Most. Edina is married and mother of two wonderful boys.

This year Edina earned her bachelor degree in Pedagogy from the University of Bihać.  She has been active in the NGO sector since 2005.  She leads „ CIM’s small school for English language“ since 2012.  Since November Edina works in Center for peacebuilding as a project coordinator.

„Working in CIM I met different people, different cultures and religions, which helped me to see the world with another eyes. I am very happy and thankful to have opportunity to work in such organisation.“ She likes to read and to travel. Recently she has new hobby, it is drawing mandala.“

Amila Behremović was born in 1992 in Sanski Most where she finished primary and secondary education. In May 2016, she completed her Master Degree in Psychology in Banja Luka. She has done practice work at the Center for Mental Health in Sanski Most and gained experience in working with population of wider age groups with different psychopathological manifestations. Amila worked as a teaching assistant at a local elementary school. In addition, she was engaged in volunteer work in the children’s playroom “Leptirići” at the Fenix ​​Center where she was a caregiver for children of pre-school age. She joined the Center for Peacebuilding in November 2018 as one of the project coordinators.

“After the decision to continue schooling in Banja Luka and facing the condemnations and criticisms of the surrounding, I realized that the tensions and distance towards the Serbs continue to be present. However, during the studies, there were made long lasting friendships between us in which nationalism, ethnic and religious identity did not play any role. I have joined the Center for Peacebuilding to continue, but also to become an active player in building peace in my hometown. My goal is to draw attention to individual responsibility and the inner locus of people’s control in creating a community free from prejudice, hatred, and hostility. “

Her hobbies are walking, reading, cooking. Her goal for the near future is to enroll education for a psychotherapist and continue with professional development.

Timka Omanovic is a master of Bosnian language and literature and a professor of history. She is employed at the Public School in Vrhpolje Primary School Sanski Most.

She has been a volunteer at the Center for Peacebuilding since 2006. She is a trainer of nonviolent conflict resolution and has conducted a series of workshops with children in elementary school and adults on the topic.

In Center for Peacebuilding she successfully runs the Life Theater with children (ages 6 to 12). The theater has been active within CIM for three years and they have performed many performances as part of Genocide Prevention Week, International Peace Week, Christmas Concert and other CIM activities. This year, they are preparing a new show called “Stay Here.”

Since 2018, she has been working on the project “History and memory as a basis for social reconciliation in BiH” as workshop leader and mentor for other workshop leaders. As part of the Peace Camp of 2019, she was the fieldwork manager at our Peace Farm.

Bosnia-Herzegovina: Facing a Past of War

After the Dayton Peace Accords were signed in 1995 much of the international community assumed peace had been achieved in BiH. Despite the presence of war, however, continued investment in peacebuilding work is paramount today. The wounds of war have caused unimaginable damage to the lives of people in BiH’s various communities, whether Bosniak, Serb, Croat, Jew, Hungarian, Roma, or any other group. The dynamic of neighbor fighting neighbor during the war created deep divisions within and among communities, breeding distrust and fear. This—coupled with the manipulation of ancient myths and histories by politicians, the unwillingness of many religious leaders to have dialogue with those of other faiths, and the pervasiveness of nationalist propaganda in museums and media—has produced serious obstacles to reconciliation. Today many towns and communities are segregated along ethnic lines, and stereotypes are passed from one generation to the next. 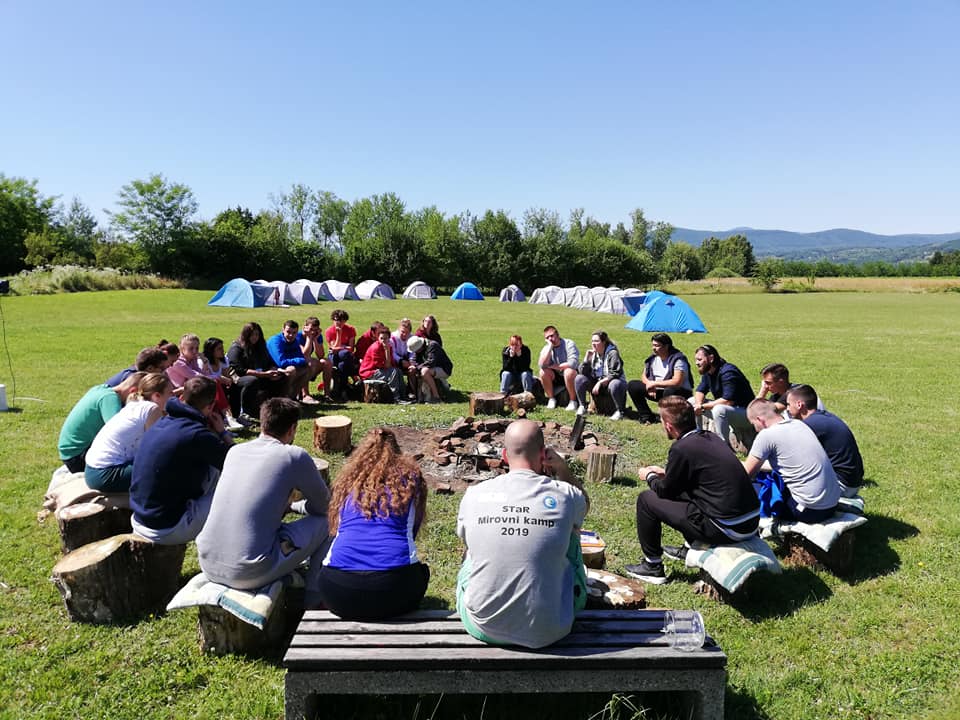 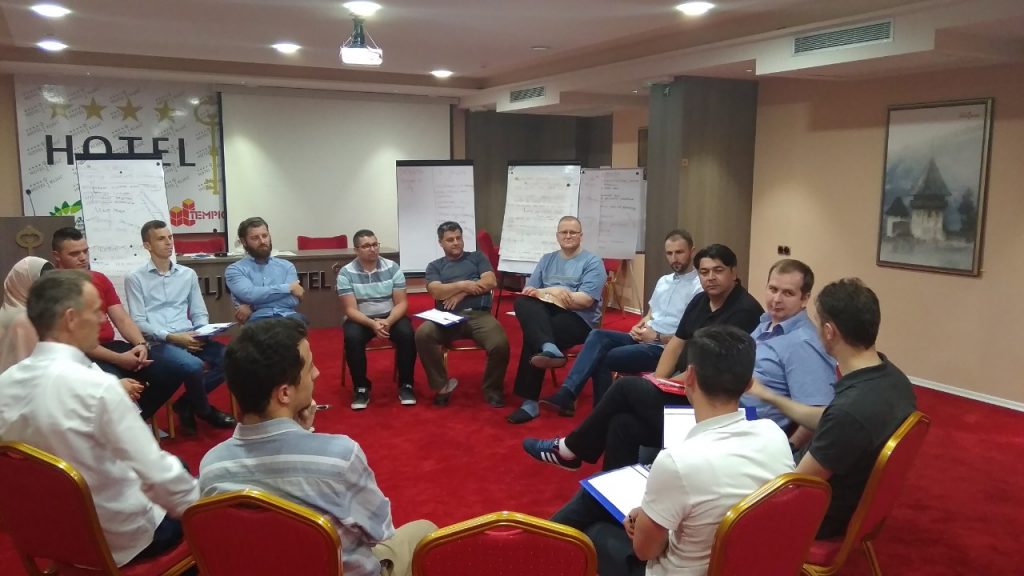 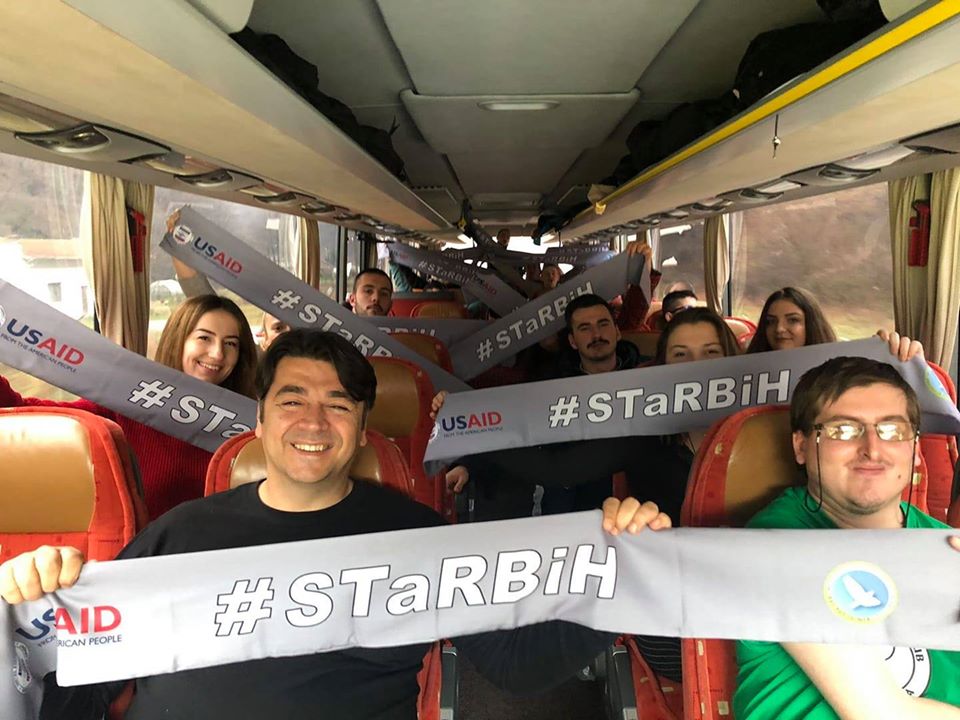 Sanski Most and the Bosnian Krajina

The 1992-1995 war took a heavy toll on women living in the Krajina region of Northwest Bosnia – an area affectionately known as “Sana” by locals because of the beautiful Sana river that runs through many of the towns and villages.  Prijedor, a major city in this region, saw ethnic cleansing taking place on a massive scale, with as many as 52,000 non-Serbs forcibly expelled or killed from Prijedor’s total 120,000 pre-war residents.  Three of the largest and most notorious concentration camps – Omarska, Trnopolje, and Keraterm – were located in Prijedor.

In 1995, when the fighting stopped, Sanski Most became part of the Muslim-Croat majority Federation while Prijedor became part of the Serb-majority Republika Srpska.  After the war, thousands of Prijedor’s non-Serb residents chose to live in Sanski Most Kanton, the neighboring town forty kilometers away, instead of returning to their pre-war city.

More than two decades after the start of the war, Sanski Most’s population continues to face education, economic, and social challenges.  Psycho-socially, there is little reconciliation between Bosniaks and Serbs living in town or within the region.  According to one Sanski Most resident, inter-ethnic relationships rarely occur:  “The whole city is separated…. You wake up, eat, go to work, have time with your family.  I don’t spend time with Serbians and Croatians.  Maybe if I went to Prijedor to work; then I’d have to spend my days among them.”

Despite a history rich with inter-ethnic cooperation, the political and economic situation makes interacting with “the other” incredibly difficult. The legacy of violence, particularly the heavy toll it took on civilians, informs the present climate of distrust.  Bosnia’s social fabric which, previously embraced diversity and multiculturalism, must be rebuilt by individuals and their respective communities. CIM’s mission is to empower people to work through their trauma and transform the society’s conflict. Our activities are informed by these tough realities, but the ability to rebuild the country through internal healing and relationship building is possible. Our Way is Peace – Peace is our way!